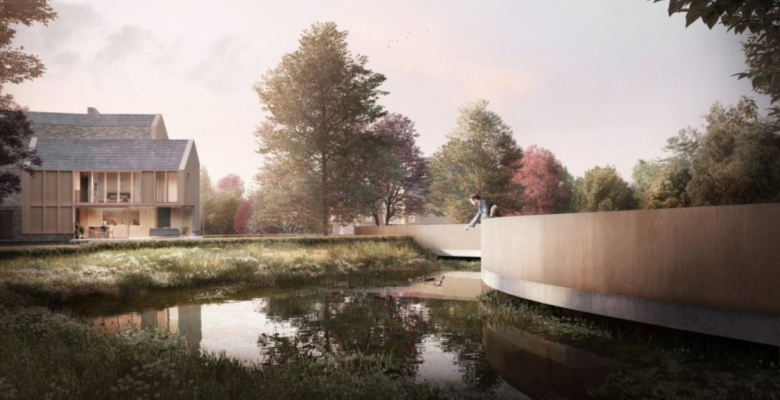 Work is set to begin on a £13 million housing development of five luxury properties in Prestbury, following the purchase of land by an Altrincham based developer.

Planning permission for the construction of five properties at Waterbank, on Heybridge Lane in Prestbury, adjacent to the railway station, was initially granted in October 2019. Altrincham-based Altin Homes has since acquired the three acre site in order to build the new contemporary properties, which will have estimated retail values of up to £2.45 million. A sixth property is also being proposed for the Prestbury scheme, giving the housing development a total retail value just shy of £13 million.

Construction on the properties is now set to begin in the coming month, with the first units being completed by the end of 2022.

Waterbank is our first development in Prestbury which, in itself, is exciting.

“The designs of the homes are stunning and we will bring our experience and expertise to bear when completing these beautiful homes.

“This site deserves outstanding architecture that will compliment not only the site, but also the neighbourhood.”