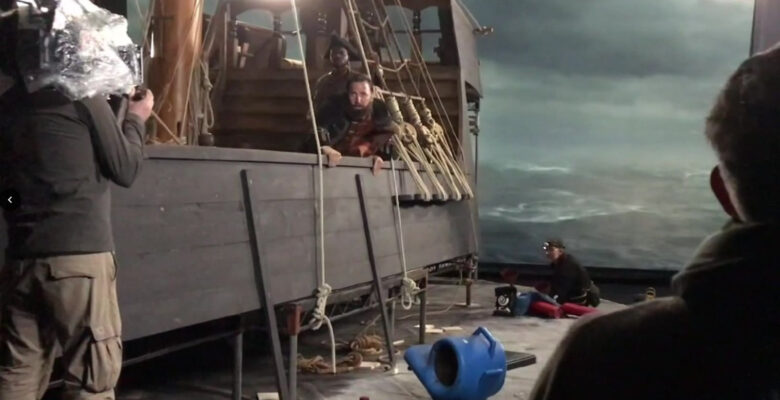 A Wilmslow studio has been revealed to be behind the visual effects and CGI for new Netflix documentary, ‘The Lost Pirate Kingdom’.

Stonesoup VFX delivered full CGI environments and other special effects to recreate seascapes and backdrops of 18th Century Nassau and London for the documentary series that recounts the life of Blackbeard and the pirate society in the Bahamas that operated in Caribbean Sea during this time.

In addition to CGI projects that were used over traditional green-screen technology, the Wilmslow studio also delivered on a production workflow for the six-part documentary. The process allowed for faster editing of footage as backdrops were filmed in-camera, with no wait for previsualisations to be received. JP Hersey, Director of Stonesoup VFX said:

The directors and DOPs loved being able to move the camera wherever they wanted on set. Getting instant visual feedback that the CGI back projections provided proved invaluable!”

We were also able to make tweaks to the CGI backdrops on set, sometimes creating entirely new backdrops in a matter of minutes, allowing the directors even more freedom and flexibility than they would usually experience on a traditional VFX shoot.”