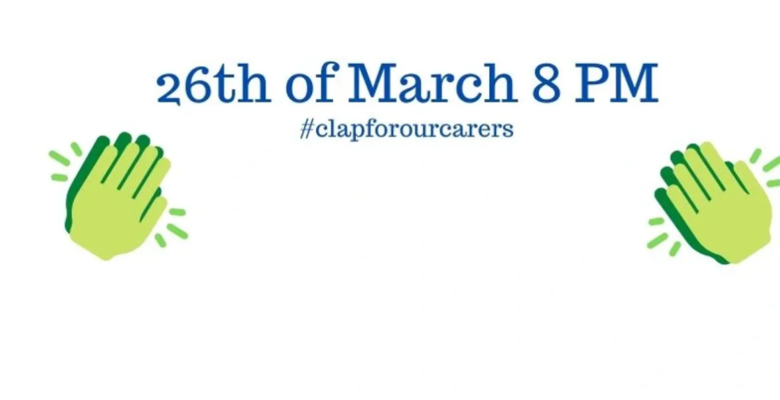 A campaign has launched asking all Britons ‘Clap for their carers’ to show their support for the hard-working NHS personnel who are putting themselves at risk to care for those suffering from Covid-19, in addition to those with other illnesses.

As has been done in other countries, including France, Spain and the Netherlands, Clap For Our Carers is asking UK residents to express their appreciation for healthcare workers who are going above and beyond at this challenging time, including over 7,500 healthcare professionals who are voluntarily coming out of retirement to support the NHS.

On 26th March at 8pm, Clap For Our Carers are asking all to take part in giving frontline healthcare workers a big round of applause from front doors, gardens, balconies and windows for their ongoing hard work at and fight against the virus.