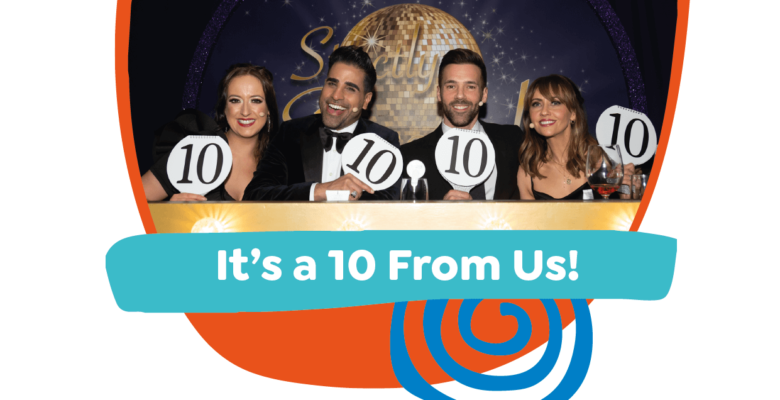 Seashell Trust has raised over £200,000 to support its students through its third annual Strictly Seashell event.

The flagship fundraising event took place at The Mere Resort and Spa, Knutsford on 16th March 2022. Strictly Seashell sees eight supporters of the charity paired with professional ballroom partners from Cadman’s Dance Centre in Sale for an evening of glitter and glamour to raise vital funds for the children and young people at Seashell’s school on the Stockport-Cheshire border.

Thanks to the hard work and dedication of everyone involved, the event was able to exceed its fundraising target of £200,000.

The evening was hosted by television present, Gethin Jones, along with a panel of famous faces to judge the competing pairs, including Coronation Street actor, Samia Longchambon, her husband and Dancing on Ice professional, Sylvain Longchambon, and TV doctor, Dr Ranj Singh.

“Eight very brave people have trained hard over the last few months, but they’ve done it all for a great cause. That’s why we are all here tonight, to raise funds for the children and young people at Seashell.”

“It was such an honour for me and Sylvain to be on the judging panel with Dr Ranj and Hayley – all the dancers deserved a 10 from us!”

Watch Strictly Seashell highlights in the video below.