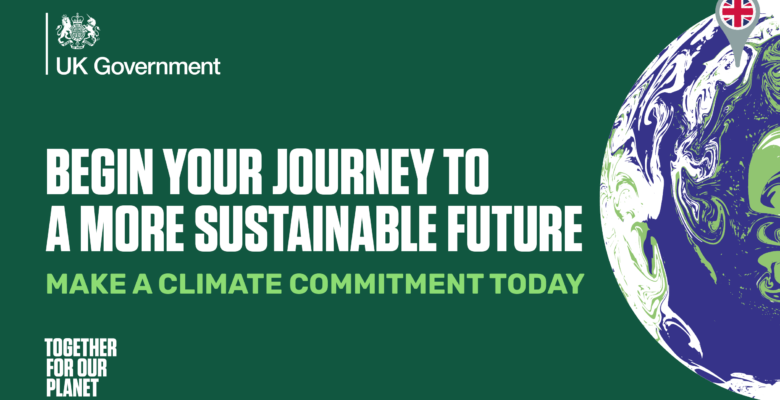 The nation’s small businesses are being asked to sign up to the Department of Business Energy and Industrial Strategy’s (BEIS) SME Climate Commitment and pledge to act on reducing their emissions.

The SME Climate Commitment forms part of the government’s Together For Our Planet campaign: with the UK set to host a global summit on climate change later this year, the campaign aims to encourage businesses and individuals in the UK do their part to cut carbon emissions. The UK government has set a target to achieve net zero greenhouse gas emissions by 2050 or sooner.

As world leaders prepare to converge on Glasgow for the United Nations COP26 climate summit, Worldwide, a total of over 2,000 companies from across 84 countries have already committed to a net zero future, representing more than $13 trillion in market capital and employing over 19 million people globally.

The UK government has created the UK Business Climate Hub, a campaign that asks UK small businesses of up to 250 employees to join the fight against climate change by committing to reducing their greenhouse gas emissions.

Even the smallest businesses produce carbon emissions – it could be through buildings, vehicles or the wider supply chain. The UK government is asking SMEs to commit to cutting those carbon emissions in half by 2030 and to reach ‘net zero’ by 2050. Net zero means that you are putting no more carbon into the atmosphere than you are taking out of it.

By signing up to the SME Climate Commitment, businesses will receive the tools to help understand their emissions, how to tackle them and how to communicate your efforts to stakeholders. Action on climate change can also help businesses to grow, create new jobs, encourage investment and attract new customers, while also helping to reduce running costs.

Become one of thousands of small business climate leaders across the UK this year and commit today at the UK Business Climate Hub.