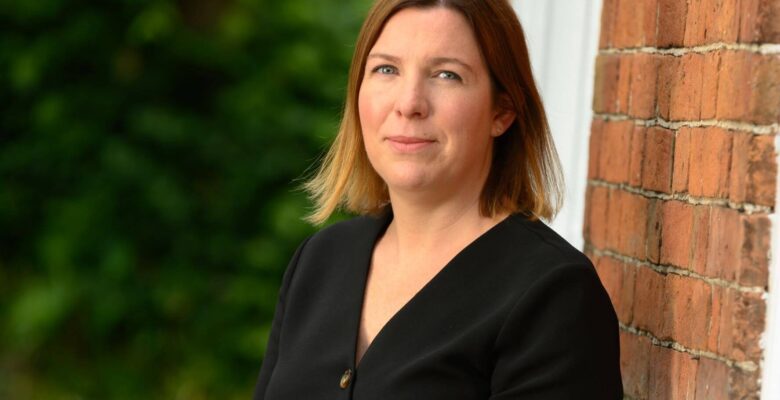 New no fault divorce laws coming into effect next month are long-awaited and welcome, but they do not go far enough, argues Claire Porter, family lawyer at Cheshire-based SAS Daniels LLP.

No-fault divorce laws come into force on the 6th of April and allow for a divorce without either party attributing fault or requiring lengthy separation periods. Under the current divorce law, couples must allege their partner is to blame for the breakdown of the marriage, which can be established in court via adultery, separation, desertion, or unreasonable behaviour.

Claire Porter (pictured) is a partner in the family team at SAS Daniels, which has offices in Chester, Congleton, Macclesfield and Stockport. She believes that the new law will bring great change, but also argues that parts of the legislation remain outdated. Claire commented:

“The new no-fault divorce law is set to make a stressful, emotive process simpler for couples, whilst reducing conflict between partners.

“Often, when couples seek a separation – simply because they have grown apart, allegations raised about conduct often get parties off on the wrong foot by attributing blame from the beginning, making the whole process tense from the start.”

The new rules now enable a married couple to make a joint application for divorce. Whilst the sole ground for divorcing remains the same – that the marriage has broken down irretrievably – and must be confirmed in a statement from the applicant, no other facts or details need to be provided. Respondents will also be unable to contest to their partner’s decision to divorce, ultimately minimising the risk of spouses being subjected to a lengthy divorce process. Claire continues:

“For some spouses who feel betrayed by their partners due to adultery or desertion, divorce can be a cathartic process for them to tell their story. This, however, is very rarely helpful and makes other issues such as arrangements for the children and finances even more acrimonious.

“Partners in those situations should look outside the court to address those problems, as the divorce petition should not be the arena to purge those issues. Hopefully, with the new legislation, we will see less hostility during proceedings and divorced couples can move on with their lives in an amicable way.”

Despite the new law’s added benefits, Claire disagrees with the requirement for partners to be married for a year before they are eligible to submit an application:

“I have always found it strange that people can get married in 29 days, but are by law, required to wait 12 months in order to get divorced in England and Wales.

“People make mistakes and should be able to remedy those quickly and conveniently. In other countries, there is no bar as to when a spouse can petition for divorce, for example, Kim Kardashian’s high-profile marriage which she could apply to exit after 72 days, thanks to legislation in place in certain American states.”

Despite her convictions, Claire is still hopeful that the new law will have a positive impact for couples in England and Wales:

“Throughout my career, I’ve seen first-hand how difficult separation is for spouses. Divorce is most definitely hard enough without adding fuel to the fire by assigning blame.

“I hope that the new law will help reduce conflict – where partners don’t see each other as the enemy, making it a more positive experience for the majority of people.”