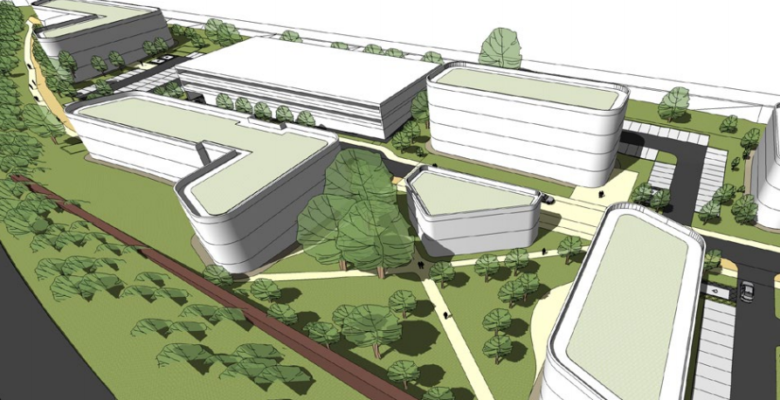 Cheshire East Council has approved initial proposals for a new business park, off the A34 near Wilmslow High School.

The scheme proposes 184,730 sq ft of B1 office space, accessed from a new junction on the northbound carriageway of Pendleton Way, occupying a plot of land between the carriageway and the railway line between Wilmslow and Alderley Edge.

Outline planning permission on the scheme was granted by Cheshire East Council on 27th August, however the majority of the details have been reserved, and subject to future applications. It has been confirmed that the five buildings on site would be restricted to a maximum of four storeys, and would including parking for 572 vehicles in total.

The new business park development makes up a significant proportion of the 269,000 sq ft of commercial space required in the Wilmslow area within the Cheshire East Local Plan.

AEW Architects have prepared the initial designs for the Wilmslow Business Park scheme on behalf of developers, R Wain & Sons. A second plot on the site, adjacent to the Wilmslow High School roundabout on the A34 is also earmarked for future development and potential expansion of the scheme.