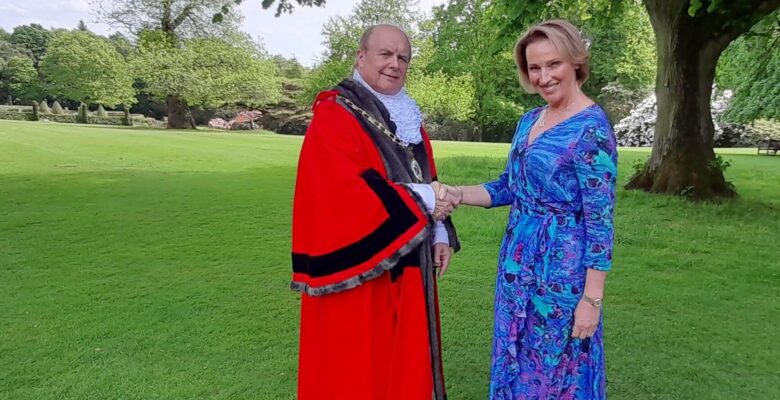 Cheshire East Council has elected Cllr David Marren as the new mayor for the borough.

Cllr Marren was handed the chain of office on 18th May, becoming the 12th mayor of the borough since the Cheshire East unitary authority was first established. He takes over from Cllr Sarah Pochin after two years where civic engagements have been widely cancelled or postponed due to Covid-19. Cllr Marren said:

“The last two years have been very difficult ones for everyone, and I would like to pay tribute to the council’s achievements in supporting the Cheshire East community through Covid.

“I pay particular tribute to our staff, who have worked tremendously hard in very difficult circumstances. As a former local government officer, myself, I can appreciate the challenges that they have had and continue to have.”

He paid tribute to outgoing mayor Cllr Pochin, for organising the vigil for Ukraine, in Crewe, soon after the Russian invasion and added that he would be using his term in office to raise money for Ukrainian refugees.

He also expressed hope to ‘shine a light’ on the many amazing charities and community organisations in the borough, the inspirational schools and youth groups and the thousands of volunteers and innovative businesses to celebrate their achievements and raise their profile.

Cllr Rod Fletcher has also been elected to serve as deputy mayor.