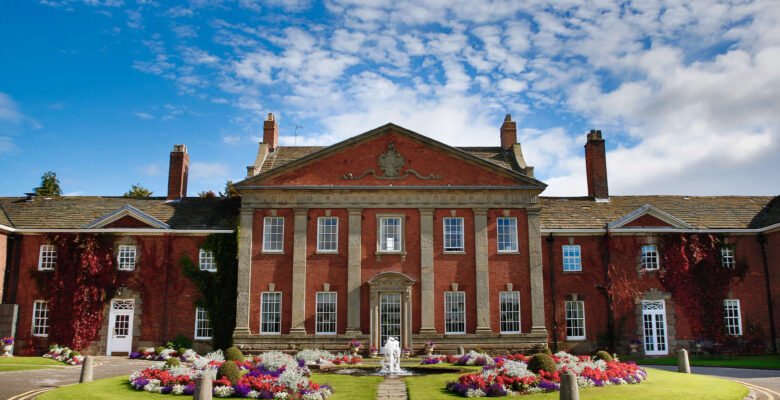 The team at Mottram Hall Champneys Spa has been recognised with a number of nominations for the Marketing Cheshire Awards, showcasing the best of Cheshire and Warrington’s visitor economy.

The spa hotel near Macclesfield, which reopened after significant investment by the Champneys brand last year, is a finalist in the Large Hotel of the Year and the Wedding Venue of the Year categories.

Hotel colleagues have also been recognised for their efforts, particularly during the coronavirus pandemic which has severely impacted the wider hospitality sector. The Sales and Reservations Team and Front of House Team at Mottram Hall Champneys Spa have both been named finalists for Team of the Year. Individuals on the hotel’s team to be recognised include Giorgia Federico and Georgia Stroud who are competing against each other for the Unsung Hero Award, while Assistant Front of House Manager, Kelly-Marie Staunton is shortlisted for the Newcomer Award.

The winners in each category will be revealed at the awards ceremony on Thursday, March 24 2022 at Nunsmere Hall, with the awards returning for their 16th year after a pandemic hiatus, with winners able to represent the region at the VisitEngland Awards for Excellence and gain national recognition for the region.

“This is the 16th year of these awards and after last year’s cancellation it’s great to see so many of our businesses get involved and make the shortlist.

“We know how difficult the past 18 months have been for tourism and hospitality businesses and these awards are an opportunity for us to shine a light on the organisations and individuals that make our visitor economy so successful and special.

“This year we have launched a new category – the Resilience and Innovation Award. So many businesses had to look at new ways of making money and serving their guests and this award is our way of celebrating that.

“We are looking forward to crowning our winners next year and seeing them go on to represent Cheshire on a national stage. I’d like to thank everyone for taking the opportunity to enter as well as our sponsors for their support.”