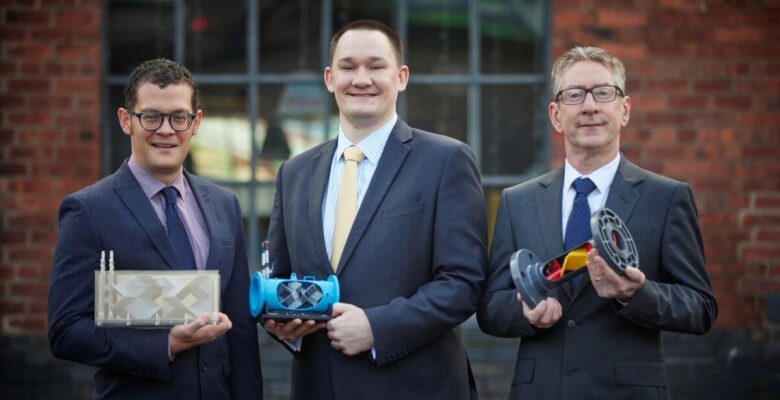 Directors Paul Davies, Paul Buck and Carl Wilkinson have acquired a majority stake in the business for an undisclosed sum. The trio have purchased the business from the family of owner and managing director Gareth Fry, who passed away last year following a short illness. Gareth’s widow Jenny Fry will retain a minority stake in the company.

John Baron, who founded Statiflo in 1983, remains a director; he sold the business to Gareth in April 2016.

Statiflo is headquartered in Macclesfield, but operates subsidiaries in the US and Germany, and exports to over 100 countries which saw the firm selected as an Export Champion for the region in 2020. It employs 25 staff and has annual revenues of £5 million.

The company is a world leader in the design and distribution of static mixers, supplying the water and waste water treatment industries, oil and gas, petrochemical, food and drink, pharmaceutical, pulp and paper sectors.

“With this management buyout, we are fulfilling Gareth’s wishes. During his illness he told us that his preferred way forward for the business he had built was through an MBO.

“We aim to build on his vision for Statiflo and his plans for continued and sustainable global growth alongside investment in research and development into new products serving a wide range of markets.

“It’s very much business as usual. We have a superb team of highly knowledgeable individuals alongside an excellent network of dedicated business partners around the world, and we look forward to working in partnership with them to achieve our goals.”

“Gareth’s passion and vision for Statiflo was undeniable and an MBO, like he himself did, was the future he saw for the business. He built an amazing team around him who all share his passion and vision, so I am confident that Statiflo will continue to grow and reach the potential they all believe it can.”

“Statiflo is a tremendous business which exports the best of British design and manufacturing technology across the world.

“Gareth had a great vision for the company and built a first-class team around him, which meant succession planning was not a problem. He was a talented and lovely man and I know he wanted Statiflo to continue to thrive with the management team at the helm.

“We wish them all the best for the future and we look forward to working with them over the coming years to help them achieve their exciting strategic plans for Statiflo.”