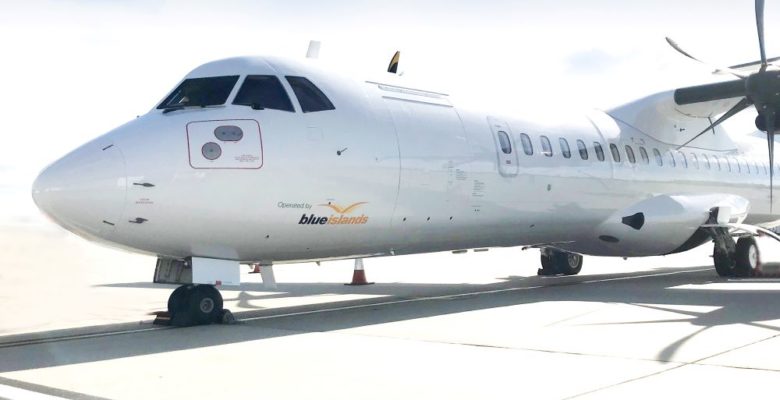 Exeter to Manchester flights will recommence from mid-April and be Blue Islands’ first route to the northern hub. The airline also operates flights between the islands of Guernsey and Jersey, and many regional airports in the UK, including Bristol, East Midlands, London City, Newquay and Southampton.

Flybe had previously operated services between Manchester Airport and Exeter until flights were grounded following the carrier’s recent collapse.

“We look forward to providing key UK regional infrastructure in this first phase of activity from Exeter Airport as we continue to sustainably develop our route network in key markets.”

With routes already secured to Jersey and now with the addition of multiple daily services from Exeter to Manchester, we are delighted that Blue Islands has been able to provide this key infrastructure to the South West, and so quickly after the disruptions which followed Flybe’s collapse last week.”

We are delighted to be welcoming Blue Islands to Manchester Airport, the UK’s global gateway in the North.

“The new Exeter service will help maintain the crucial connections between the North of England and the South West, whilst giving Exeter and the surrounding area access to our global network of 210 destinations.

“We are sure this news will be well-received by business communities in both regions, as well as those who relied on Flybe’s Exeter service for visiting family and friends.”

This is very welcome news and sees an important connection made between Manchester and the South West. At a time when trade and connections are under the spotlight it is important that all parts of the UK are joined up and from previous experience there is significant interest in this particular route.”