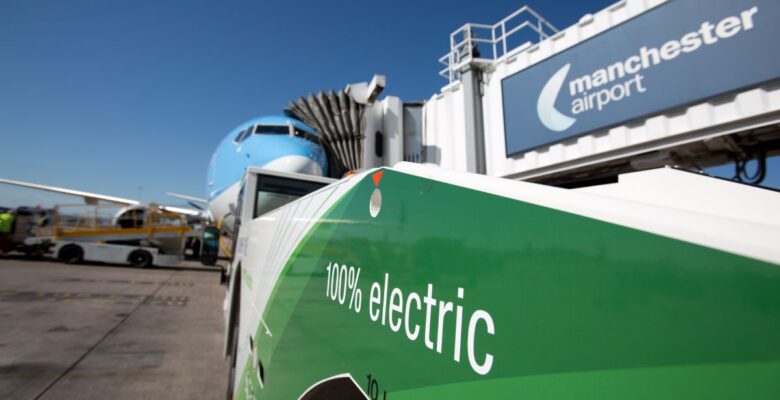 Passengers flying from airports operated by Manchester Airports Group will be able to minimise the environmental impact of their journey via a new carbon offsetting scheme.

The scheme, run in partnership with CarbonClick, will allow airport passengers travelling through Manchester, Stansted and East Midlands airports to purchase carbon credits to compensate for the emissions from their flights. Purchases will be linked to CarbonClick’s climate projects in the UK and in West Africa.

Under the carbon offsetting scheme, a return flight to Amsterdam from Manchester Airport can be offset for £2.14 per passenger and a return flight to Dubai for £11.54 per passenger. Each offset will be split equally between two causes: the UK-based “Woodland Creation in the Lake District” on Lowther Estate, Cumbria, which promotes biodiversity and reduces carbon and the risk of flooding and “Promoting Improved Cooking Practices”, which makes and distributes efficient charcoal cookstoves. Use of the stoves reduces the amount of carbon dioxide released into the atmosphere and will improve the health of communities in Ghana and Nigeria.

MAG’s partner CarbonClick is a leading carbon offsetting organisation based in New Zealand and has to date worked with more than 760 businesses. The company is also partnered with Fraport Slovenija and Galapagos Ecological Airport in delivering carbon offsetting, as well as Etihad Airways and Air Tahiti Nui.

By offsetting emissions from their flights, passengers can make a real difference to worthwhile projects which support a sustainable future.

“Our partnership with CarbonClick makes carbon offsetting easy and accessible regardless of which airline you are travelling with or your final destination.

“High quality carbon offsetting is just one of the tools available to our industry as we work towards a greener future. We are confident this partnership will encourage our passengers to opt in and have a positive impact every time they fly with us.”

CarbonClick is delighted to be working with Manchester Airports Group, who are showing true environmental leadership, offering its passengers an easy and accessible scheme to compensate for the emissions generate by their flights.

“Travellers are becoming increasingly concerned about carbon emissions from their flights. Although most travellers are willing to offset their flight, the majority of passengers worldwide fly with airlines that don’t offer carbon offsetting. The MAG solution helps all travellers to do so in a simple, meaningful way with complete transparency.”

The introduction of passenger carbon offsetting is just one of a range of actions as part of MAG’s sustainability programme. In its five-year CSR Strategy published last year, the Group stated its industry leading commitment to becoming a Net Zero Carbon business by 2038, and announced a prize of five years free landing fees worth over £1m to the first zero emission aircraft based at MAG airport.

MAG was the first airport group in the UK to be certified carbon neutral in 2016 and was earlier this year named in the top 30 of the Financial Times ‘Climate Leaders Report’ out of 300 European companies. The Group is also one of only two airport operators to sit on the Government’s Jet Zero Council, which is working with Ministers and the wider sector to achieve a Net Zero industry by 2050.