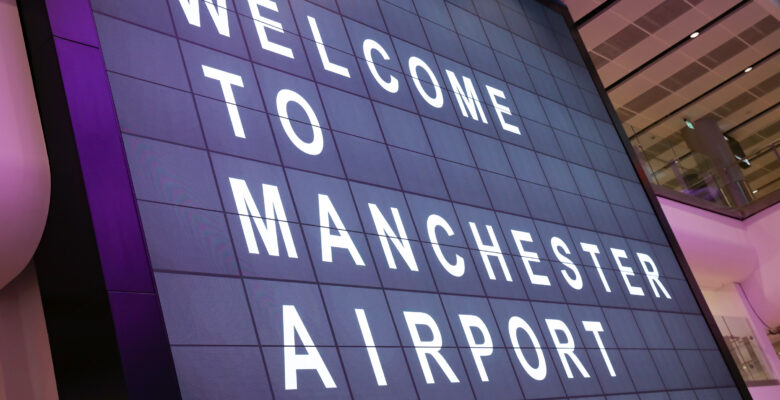 Aegean Airlines is the ninth airline to operate for Terminal Two at Manchester Airport. The ‘super-terminal’ has also announced the opening of additional retailers ahead of an increase in passenger numbers this summer.

The Greek airline will begin operating flights to Athens three-times weekly from the 27th July. Passengers travelling with Aegean Airlines should now use Terminal Two when flying from Manchester Airport. Car park or lounge bookings will be moved across and customers will be notified accordingly.

With passenger footfall forecast to increase over the summer, the terminal is also seeing more retailers and food and drink outlets open.

World Duty Free Express opened in Departures over the weekend, offering customers a quick and easy way to buy World Duty Free’s most popular products. The main World Duty Free unit, which has been operating since the new terminal opened its doors, remains available for those wishing to browse the full selection of the brand’s stock.

The new terminal’s varied offering of bars, restaurants and shopping has been well-received by passengers thus far. Popular Manchester brands such as Archie’s and the Amber Alehouse, in partnership with Seven Bro7hers, are complemented by well-known high street names including M&S and Costa Coffee.

Pret-a-Manger and Starbucks units are due to open in Arrivals in early August.

In addition to checking the latest airport information, passengers are also advised to keep abreast of Government restrictions and advice. This includes testing, quarantine, what passengers need to do before they travel, as each country/destination will have its own requirements, plus what they need to do on return.