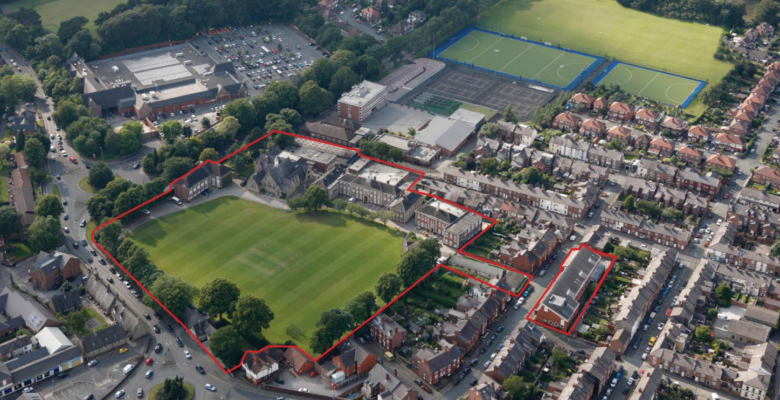 King’s School in Macclesfield is set to gain approval for the site to be used for a residential development, once the school moves to new premises after summer 2020.

The school dates back to 1502, although the oldest buildings, the current library, on the Cumberland Street, Macclesfield, site date to the 19th century, and the main school building was build in 1910.

The two oldest buildings will be retained as part of the plans, with the grade II listed library converted into two-bedroom homes, and the school building being used for apartments.  More modern buildings on the school site will be demolished to provide a mix of two- to four-bedroom houses, and a retirement development, within walking distance of Macclesfield town centre.

Mature trees on the Macclesfield site would also be retained, as well as the perimeter wall currently surrounding the school grounds.

While there have been a number of objections to the development, a report to Cheshire East Council’s planning committee recommended the proposals for approval, and found that the 115 homes proposed for the school site were in keeping with ambitions for future growth and development in Macclesfield.  Given the site’s location adjacent to Macclesfield town centre, planners felt it represented a sustainable development that could bring additional economic and social benefits also for the town.

King’s School will be moving from Macclesfield to a new purpose-built campus in Prestbury for the start of the 2020-21 academic year. The site on Fence Avenue has been acquired by Homes England for the construction of 300 homes, and the Westminster Road site has had planning approved for 150 homes, built by McCarthy Stone and Bellway.

Project 3 are the architects on the scheme and submitted plans on behalf of Hillcrest Homes.