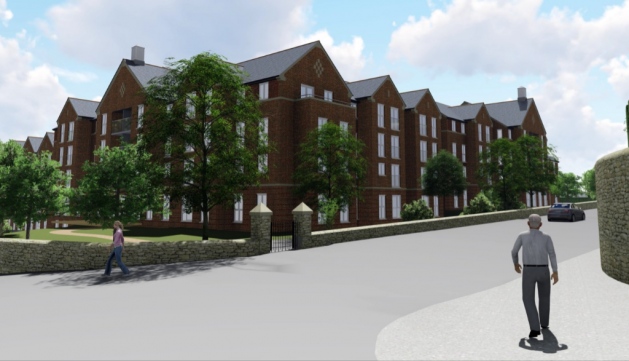 The proposed development comprises 31 retirement flats, aimed at the over-seventies, with a separate second aparment block of 58 homes for more frail residents requiring 24-hour care and support on site.

The scheme is one of three on the King’s School campus, which was sold in 2018. Hillcrest Homes have proposed 42 retirement apartments on the Macclesfield site, with Bellway developing on a further section of the school grounds, creating 450 new homes in total. The King’s School is set to relocate to a £60 million purpose-built campus near Prestbury from September.

Cheshire East Council’s planning committee had raised concerns about the scheme; given Hillcrest Homes similar proposal, councillors warned of an oversupply of retirement properties in Macclesfield as a result of the two developments. Other councillors felt that the financial contribution towards affordable housing in the town proposed by developers was insufficient, given the local shortage in the borough as a whole. Further concerns were also raised about worsening traffic congestion in Macclesfield as a result of the increased population from all three schemes.

Approval for the scheme was passed seven votes to four by Cheshire East Council’s planning committee following a two hour debate on the proposals.