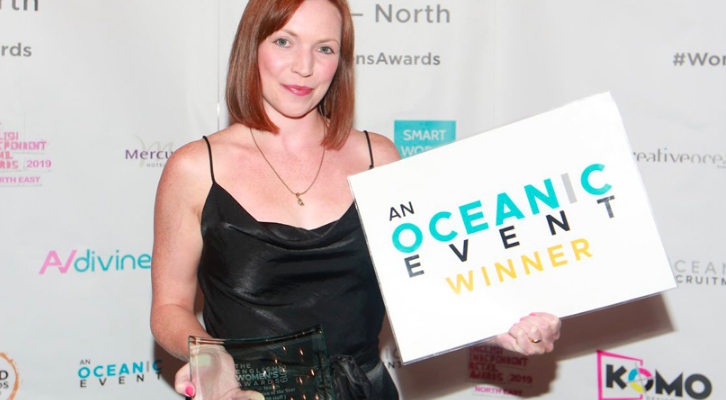 The awards welcomed over 200 guests at the Mercure Manchester Piccadilly Hotel in a celebration dedicated to women in business.

The awards ceremony aimed to showcase the contribution of women to various industries and professions such as Law, Medicine, Technology, Arts, Sport, Education and many more.

Established in 2015, Embrace have now expanded to a team of 7 multi-skilled creatives and integrated marketers.

On winning the award, Becky commented,

“It was fabulous to win the award for Business Woman of the Year (less than 50 staff)! As many will know the first few years of starting up a business are super challenging and it’s great to celebrate our efforts and almost 4 years of Embrace Marketing with this award! It’s a real team effort at Embrace and we wouldn’t be able to keep growing without everyone’s focus and energy to adapt and evolve as the business changes.”

A Spokesperson for the English Women’s Awards – North 2019 said:

“We are delighted to have acknowledged successful women from across England who have managed to stand out among the rest in their profession. It is a pleasure to see that empowered women, empower women and this memorable ceremony highlighted exactly that.

“We hope that The English Women’s Awards provided a platform to encourage women at all ages to achieve their goals and spread the message that women can be successful leaders, entrepreneurs, influencers, scientists and CEOs among other.

The awards showcased examples of courage, passion, skill, commitment and success that every woman has, and we would like to congratulate all finalists and winners for their impeccable achievements.”