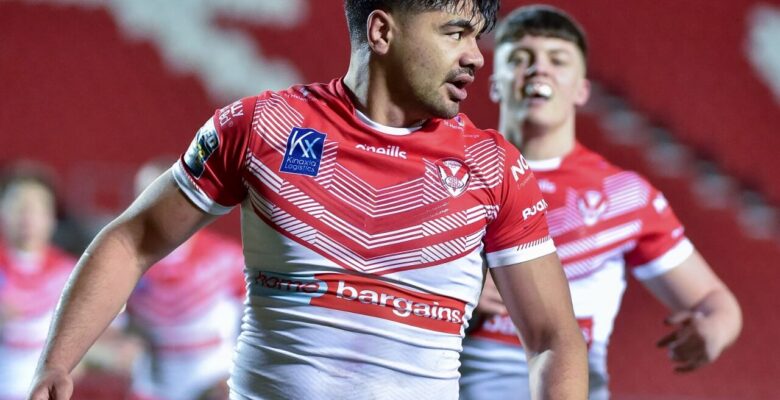 Macclesfield based Kinaxia Logistics has renewed its sponsorship deal with Betfred Super League Champions St Helens for the 2022 season.

The group has signed up to be a platinum partner which will once again see its logo feature on the Saints’ home and away kits and replica jerseys.

In addition, Kinaxia has two pitch-side signs at the Saints’ Totally Wicked Stadium and will have a full page advertisement in the digital programme for every home game. Its branding will also feature on the backdrop used at press conferences and on the partners’ board at the ground’s main reception.

The new season gets under way this week as Saints bid for a record-breaking fourth successive Super League title. They kick off the campaign with a home match against Catalans Dragons on Thursday, in a repeat of the 2021 Grand Final.

The Macclesfield based logistics group employs more than 1,600 staff across its businesses and has a fleet of more than 800 vehicles which transport goods for supermarkets and other retailers as well as the leisure, food and drink and manufacturing sectors. Kinaxia offers contract packing, e-fulfilment, returns management and storage services from its nationwide warehouse facilities.

One of its companies is Mark Thompson Transport, based in Warrington. Mark’s son Luke is a former Saints player who is now with Canterbury-Bankstown Bulldogs in Australia. He is also an England and Great Britain international. Mark said:

“We’re extremely proud to be sponsoring St Helens again for the 2022 Super League season. We have a strong bond with the club – the most successful in Super League history – and we wish them well for the forthcoming campaign.

“St Helens is a family-oriented club and which constantly aspires to be the best it can be, and these values chime with those of our own group, which is a family of families.”

“Our partnership with Kinaxia continues to go from strength to strength. They once again feature on our playing shirts. We value their continued support and we are looking forward to working with the team at Kinaxia again in 2022 and beyond.”