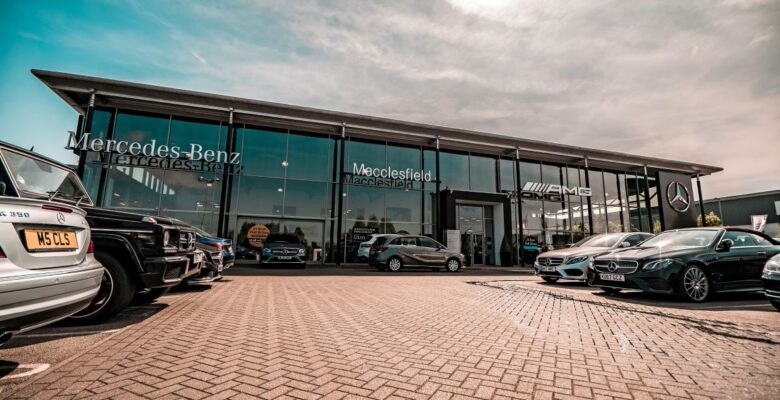 LSH Auto, part of one of the largest dealership groups for Mercedes-Benz cars, has been announced as the ‘Official Van & Car Supplier’ to Macclesfield FC.

Giving back to the communities that support us is one of our core principles and as we have a dealership a stone’s throw from the Moss Rose we thought this was a great opportunity to provide Macclesfield FC and the local community with our support.

“Our Mercedes-Benz Vito Tourer Vans can be put to good use at all levels, from transporting the first team, to being used for grassroots and community initiatives. We’re excited to be part of the new dawn for Macclesfield FC and to seeing the vision for the Club become a reality.”

As a key sponsor of the Club, LSH Auto will also have its logo featured on the arm of the new Macclesfield FC kit.

We are delighted that LSH Auto is becoming part of the commercial family of the newly formed Macclesfield FC. Not only does the business have local Mercedes-Benz dealerships, it is part of one of the largest dealer groups for Mercedes-Benz cars worldwide. It just goes to show how local businesses are getting behind the club and supporting the Macclesfield community.”

With eight Mercedes-Benz dealerships in the North West and the Midlands including in Macclesfield, LSH Auto offers all-new models from the Mercedes-Benz and smart car collection, approved used vehicles and aftersales services including maintenance, repairs, servicing, parts and accessories.