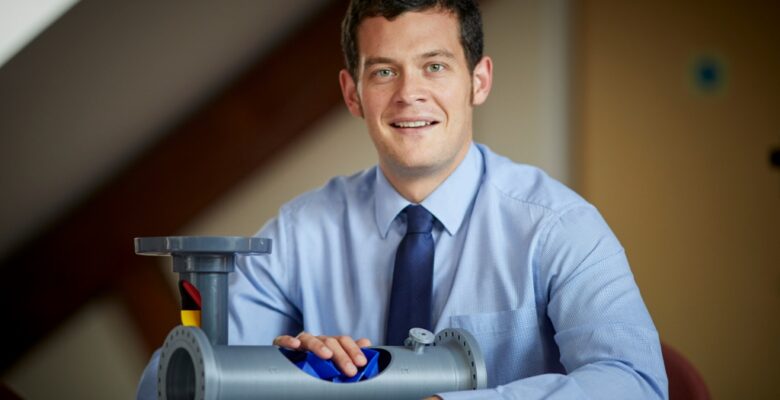 Engineering business Statiflo, based in Macclesfield, has promoted its general sales manager to director level and appointed him to the company’s board.

Paul Buck (pictured), 37, joined Statiflo in 2008 as an applications engineer and has worked his way through the ranks to now become sales director at the Macclesfield engineering firm.

Since moving into sales, Paul has helped grow exports in territories including Europe, the Middle East and Asia-Pacific and has represented the company at a series of international trade shows and exhibitions. Paul, who graduated from Coventry University in design and technology, said:

I’m extremely honoured to join the board of Statiflo as sales director.

“What attracted me to the company back in 2008 was the wide range of industries and applications I would be involved with, coupled with the opportunity to travel to visit a truly global customer base.

“During my 13 years in the business, I have gained a wealth of experience in the static mixer market while helping to grow our exports.

“I’m confident that, with such a strong sales team alongside me, we can maintain Statiflo’s position as a world leader in the design and development of static mixing technology.”

Paul has been general sales manager for some time and has demonstrated superb organisational skills. He has a customer-first focus and is a motivational leader of the team.

“It is always gratifying to be able to offer talented colleagues the opportunity to further their careers with us, and Paul fully deserves his promotion. He will play a key role in the future direction and growth of the business.”

Statiflo, which has its headquarters in Macclesfield, Cheshire, and subsidiaries in Germany and the US, is a world leader in the design and distribution of static mixers and other process equipment.

The company exports to more than 80 countries, supplying the water and waste water treatment industries and the oil and gas, petrochemical, marine, food and drink, pharmaceutical, pulp and paper sectors. Its static mixers are highly-efficient, straightforward to use and require no spares or servicing, as they have no moving parts.