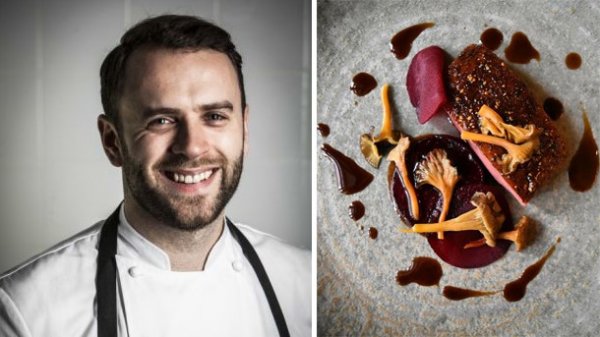 Acclaimed chef, Adam Reid, has been announced as the new Chef-Patron at the White’s Academy culinary school at Macclesfield College.

Adam Reid, currently Head Chef at four-rosette restaurant The French at the Manchester Midland Hotel, has also previously worked at Michelin-starred kitchens including The Chester Grosvenor and at L’Enclume in Cumbria. He has also made a number of TV appearances on BBC2’s Great British Menu. He will assume the role of Chef-Patron at White’s Academy from the beginning of the academic year in September.

We worked really successfully for a number of years with our former Chef Patron Aiden Byrne and we thank him for supporting us in developing the Academy to the success it is today.

“Having Adam join the brigade is a real coup for White’s and we’ll continue to uphold the teaching excellence and high standards of professionalism we expect. White’s graduates are in demand and such is our reputation we are now placing apprentices into Michelin-starred kitchens. We look forward to working with Adam and continuing to inspire and support our young chefs.”

I really looking forward to working with White’s Academy. I’m a big believer in quality and high standards and I expect that of all my team. This is an opportunity for our industry to work with the college to shape and enhance the learning experience by showing them the expectation of a professional kitchen.

“I’ll be running demo sessions with the students and am hoping to welcome them to the French to see how a service runs.”