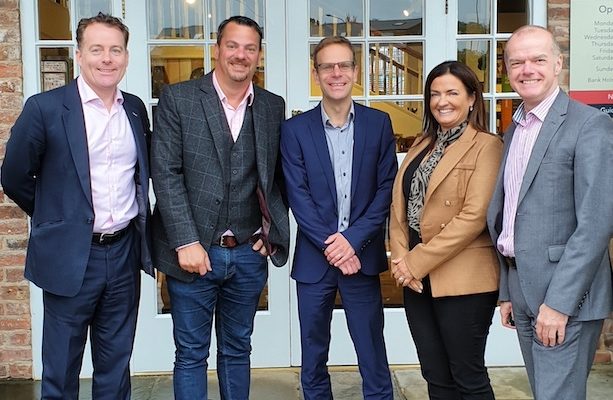 Holding their first Steering Group meeting since becoming a CIC at Arighi Bianchi, the group has grown rapidly since its launch in November 2017.

Having award winning and nationally recognised Macclesfield-based companies as some of its members, it has positioned itself as an authoritative and leading business group within the area, becoming a voice and support network for businesses within the town.

Now that Macclesfield Means Business has been formed into a CIC, the group intends to positively promote Macclesfield and firmly ask Cheshire East Council, Macclesfield Town Council and other business groups, what have you done to really improve Macclesfield?

“It’s plain to see that not a great deal has been done by Cheshire East Council or Macclesfield Town Council in terms of improving and promoting Macclesfield as both a business and leisure destination.

We see issues with poor standard car parks and empty shops, but despite regeneration strategies and lengthy consultations over the years, little has been done. Council money is being pumped into Crewe off the back of HS2, which now looks increasingly doubtful that it will ever happen – but what is being done to improve the prospects for Macclesfield? I’m sure the people and businesses of the town feel let down.

Aside from the Councils, other businesses groups such as Make it Macclesfield (MIM) seem to have stalled. Ten years ago, MIM was looking as if it was going to be the driving force for positive change

in Macclesfield, but it now seems to have lost its way and not a great deal has been done recently in terms of delivering projects.”

Other neighbouring towns such as Altrincham and Stockport are doing extremely well in turning themselves around and have grasped the initiative and implemented the changes needed to improve their towns by forming Business Improvement District’s (BID). This has been noted by the Directors of MMB who will be actively looking into how both these towns have achieved this and how a similar BID can be applied to Macclesfield.

“A BID isn’t just about generating revenue, it’s about supporting the business community and in turn making Macclesfield a better place to shop, live, work and visit.

We have a strong calibre of like-minded businesses in Macclesfield, all are doing extremely well in their own market place, as well as showing passion for the town as a destination.

We will be assisted by experienced individuals who have a lengthy involvement with Macclesfield. Our aim is to use this experience in a positive way and by harnessing the support and enthusiasm of other local businesses, help revitalise the town centre.”