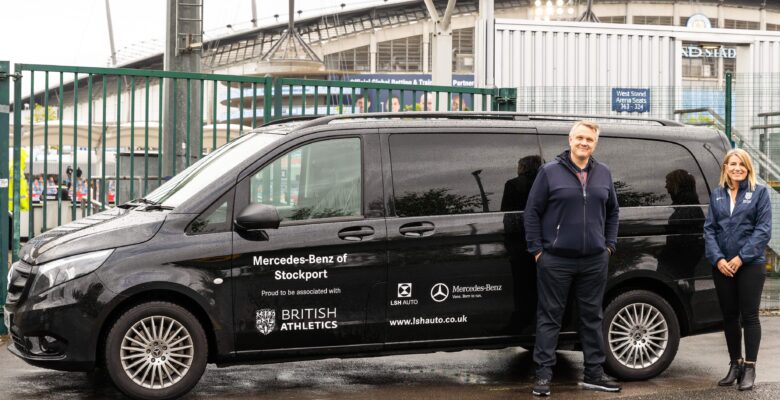 British Athletics has named LSH Auto UK as its ‘Official Van & Car Supplier’ in a three-year partnership with the Mercedes-Benz dealership group.

LSH Auto UK, which has its dealerships across the UK, including in Macclesfield, will provide provide Mercedes-Benz vehicles to transport VIPs, athletes, judges, officials, management, staff and equipment at each event.

The announcement was made after the Müller British Athletics Championships 2020, which took place behind closed doors at the Manchester Regional Arena on 4th and 5th September 2020.

The championships, which were broadcast live on BBC2 and BBC1, saw 25 athletes crowned British champions and featured record-breaking performances including a world lead, a championship record and seven stadium records.

Teamwork is one of our core values. It’s how we deliver the best service to our customers. That combined with the high performance of our Mercedes-Benz vehicles make this partnership with British Athletics a perfect fit.

“We plan to hold a number of special events for our customers and colleagues, over the course of the three-year partnership, where they will have the opportunity to meet some of our British athletes. In the meantime, we will be keeping everybody up to date at each event with trackside interviews and the latest news on our social media channels.”