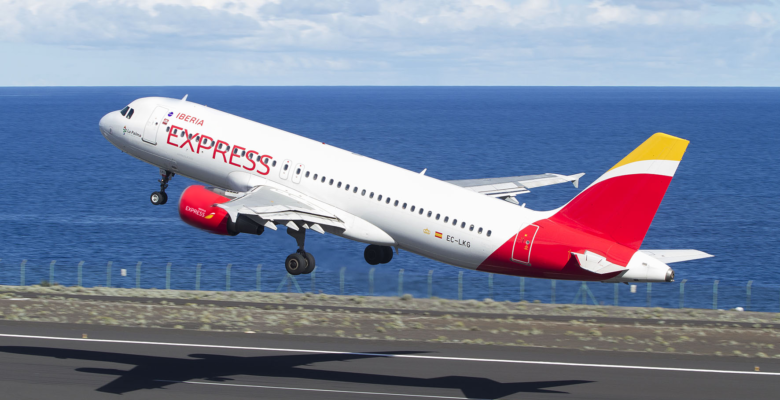 Additional direct flights will be on offer from Manchester Airport to the Canary Islands thanks to Spanish low-cost carrier, Iberia Express, for Brits seeking Winter sun over the Christmas period.

The airline, part of the Spanish flag-carrier Iberia Group, will offer flights from the UK to the Canaries for the first time. Iberia Express will fly direct to Lanzarote and Gran Canaria, as well as the Spanish capital, Madrid, from Manchester Airport. At time of publication, travellers entering the UK from the Canary Islands are not required to quarantine on arrival.

Here at Iberia Express we are committed to the recovery of tourism. As the holiday season begins, we believe that it is important to support connectivity by strengthening our flight program with new routes and more frequencies that allow our clients to reach their preferred destinations. The Canary Islands is one of the most popular destinations during these dates, and because of this, we have opted to operate these new routes, totalling to 16 flights and 2,800 seats at our client´s disposition.”

Departures from Manchester Airport are scheduled for December 26th at 11:30 to Gran Canaria and December 27th at 10:45 to Lanzarote, with a return journey on the 2nd and 3rd of January respectively.

Iberia Express will also connect Manchester to Madrid with flights arriving from the Spanish capital on December 26th and 27th, and departing from Manchester Airport on January 2nd and 3rd.

As the Iberia Group’s low-cost airline, Iberia Express operates short and medium-haul routes, which serve not only to bolster the long-haul network of its parent company, Iberia, but also to compete effectively in the low-cost airline sector in its own right.

In 2019 Iberia Express was recognised for the sixth consecutive year as the most punctual low-cost airline in Europe, according to FlightStats, after only being established by as a subsidiary of Iberia Group in 2012.