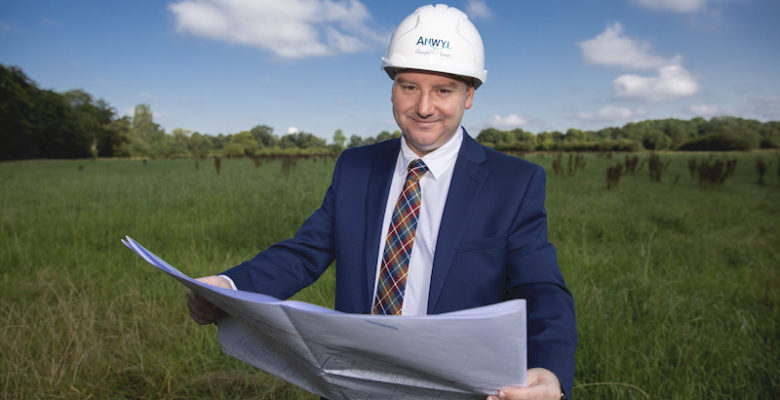 A first for the family-owned house builder, Anwyl has received outline planning approval for a development in the highly sought after village of Handforth in the desirable residential borough of Cheshire East.  It has also received consent for a development in Crewe and a third in the north east county of Denbighshire in its heartland of North Wales.

Located on Meriton Road, within walking distance of the village centre, the 20.63 acre Handforth development will be marketed as The Fairways and comprise an attractive mix of 217 one, two, three, four and five bedroom homes set in beautifully landscaped grounds with pockets of public open green space.  With outline planning approval, Anwyl is hopeful to receive its reserved matters application in September and make an immediate start on site.

Award-winning Anwyl has also received planning consent for a further 249 three and four bedroom homes on a 23 acre site on Sydney Road in Crewe that will be known as Alexandra Gardens.  Remediation works have already begun and Anwyl hopes to start build in the next few weeks.

The ambitious house builder also remains committed to its North Wales heartland and is delighted to have acquired a beautiful new site on the edge of the historic town of Rhuddlan.  To be known as Parc Tirionfa, the development has planning approval for 51 three and four bedroom homes and will be marketed from Anwyl’s popular Parc Aberkinsey development which is nearby.  Work has just started on site, prices were released last week and build is anticipated to take just six months.

Managing director of Anwyl Homes Cheshire and North Wales region, Phil Dolan, commented: “We are delighted to be bringing a significant number of high quality new build homes to market with three new developments in the region and are looking forward to getting started on site in the next few weeks.

“While remaining firmly committed to North Wales, it is our aspiration to expand further across Cheshire and eventually move into south Manchester.  This is our first development in the leafy Cheshire village of Handforth and we are confident that the style, quality and specification of Anwyl’s thoughtfully designed new build homes will be very well received by purchasers in the area.”

Established for more than 85 years, Anwyl is one of the North West’s fastest growing privately-owned house building businesses.  Committed to a defined path of sustainable growth, Anwyl is actively looking for land with the aim of delivering 850 homes annually from its Cheshire and North Wales and Lancashire regions over the next three to five years.

With construction underway at 18 developments and several more high profile schemes in the pipeline, Anwyl has achieved strong growth over the last few years and shows no signs of slowing down.  The award-winning business is renowned for its thoughtful approach, bringing care and integrity to all aspects of every project in order to exceed expectations and ensure complete satisfaction for customers.  For further information, please visit www.anwylgroup.co.uk