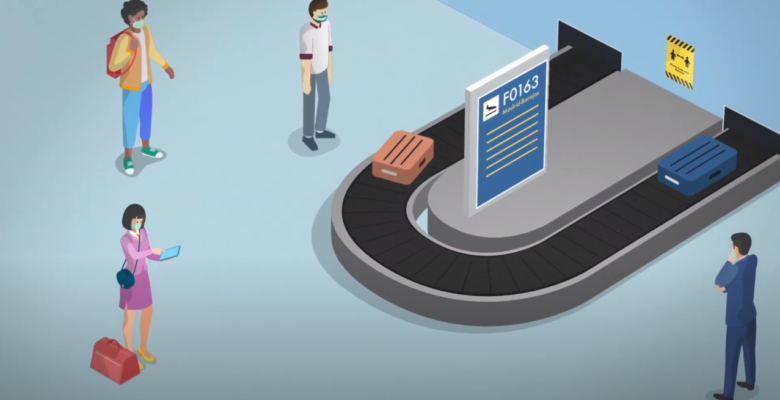 There are now more than 120 different destinations people can travel to from Manchester Airport, with TUI, Pegasus and Iberia having resumed further flights.

Airlines are continuing to reintroduce routes to popular sunshine destinations, including to countries not subject to automatic quarantine requirements. Pegasus has resumed flights to Dalaman in Turkey. TUI has resumed its routes to Larnaca and Paphos in Cyprus, and Naples in Italy. Iberia has also resumed flights to Madrid, however travellers entering the UK from Spain are subject to a 14-day quarantine on arrival.

Seven countries were removed from the UK Government’s ‘travel corridors’ list last week, including France, Malta and the Netherlands.

Passengers should be aware that they will now need to quarantine on return to the UK if travelling to destinations removed from the travel corridors list. They are reminded to check the latest Government guidance on travel corridors and requirements upon returning to the UK.

Some carriers might cancel services to destinations that are removed from the list, so passengers should check with their airline if they have any specific flight enquiries.

It is also important to take account of the latest Foreign and Commonwealth Travel advice relating to any restrictions in your destination.

A spokesperson for Manchester Airport said:

It is pleasing to see further services returning to Manchester Airport this week, including several destinations that are currently on the UK Government’s travel corridors list. The return of Giraffe and Bar MCR to Terminal One is great news too, providing passengers with far greater choice for a bite to eat or a drink before jetting off.

“The protection of public health is rightly the number one priority at moment, even though it may be disappointing for those passengers due to travel to countries like France, Malta and the Netherlands who now have to quarantine for 14 days on their return.

“At the same time, we continue to talk to Government about restrictions being lifted on travel to popular destinations where infection rates fall to acceptable levels.

“We would also encourage all passengers to familiarise themselves with the rules and advice in place, via www.gov.uk/foreign-travel-advice. They should also check any guidance issued by the authorities in their destination.”

From midnight on 2nd September, Manchester Airport has announced it will close Terminal 2 until further notice, as a result of falling passengers numbers due to the imposition of new quarantine restrictions. All flights will be operating from terminals 1 and 3 instead.

Throughout the pandemic, we have worked closely with our airlines and retailers to align our operations with demand and to deliver the best possible customer experience.

“This has included introducing a number of new measures to keep passengers safe and give them the confidence to travel through Manchester Airport, in line with government guidance.

“Having re-opened Terminals Two and Three in July, we have continued to monitor the travel patterns of our airlines and passengers, in order to adapt our operations accordingly.

“With that in mind, we have taken the decision to close Terminal Two again from September 2.

“All such decisions are driven by our commitment to deliver the best possible airport experience to customers, colleagues and our airline and retail partners.

“From September 2, all flights will operate from Terminals One and Three and Terminal Two will remain closed until further notice.

“Passengers who were due to fly from or into Terminal Two after that date should contact their airlines to confirm which terminal their flight will be transferred to.

“Our Terminal Two car parks will also close effective of September 2, although customers who have booked parking after this date will be able to transfer their booking to an alternative car park.”

With the Government’s relaxation of quarantine, and introduction of travel corridors, all passengers arriving into Manchester Airport need to be ready for UK Border control by completing a Passenger Locator Form. Upon arrival they will need to show either a print-out of the form or have it on their phone.

For the last two months the airport has introduced a range of measures to keep all passengers and staff safe. These include wearing face coverings, enhanced cleaning, Perspex screens, bookable security slots and temperature checks. Details on all of the measures can be found here: www.manchesterairport.co.uk/coronavirus

The airport also encourages passengers to watch this video before coming to the airport, to ensure they are as prepared as possible.

As more and more passengers and flights return, as has the airport’s retail offering. In addition to passengers being able to purchase food and drink, they can also take advantage of the free water fountains across the site to fill up empty bottles.

Escape Lounges in Terminals One and Two are now open but with restricted opening hours.

New units opening within the last week include Victoria’s Secret and Temptation, both airside in Terminal One.

A number of ATM’s now available across the airport in both airside & landside locations. Travelex Bureaus in Terminals One and Three will reopen for foreign currency exchange this Friday.