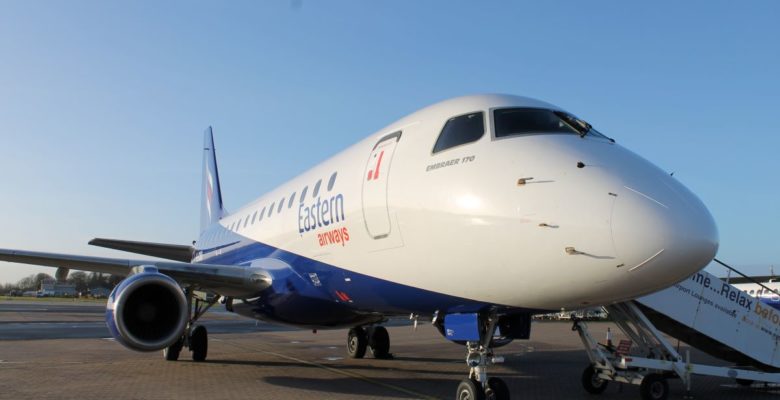 Humberside-based Eastern Airways has announced a new route from Manchester Airport, as well as continuing to honour tickets of its former franchise partner, Flybe.

The regional airline will launch a new twice-daily service between Manchester and Southampton as part of its plans to restore regional connectivity after Flybe fell into administration. Eastern Airways will begin operating its own scheduled routes from 11th March 2020, and has launched its own booking website, which it previously shared with Flybe.

Following the demise of Flybe, the full existing Eastern Airways network has continued to operate as normal, and the airline has honoured tickets on Flybe services which the airline operates for the past few days. It will continue to do so until the end of Tuesday 10 March as recognition of customers’ valued and continued support.

We are pleased to announce that our flights are now on sale as we’ve moved quickly to introduce a new booking system for Eastern Airways flights since becoming independent again.

“Our newly announced routes from Southampton to Manchester, Newcastle and Aberdeen, plus Aberdeen to Birmingham have already been well received nationally in recovering major lost connections which are now bookable at www.easternairways.com, along with our entire existing network.

“Delivering regional connectivity is vital for economic prosperity and regional development which supports our ability to provide a quality, cost effective and speedy service to meet the needs of both business and leisure travellers.”

Other new routes nationally including Southampton to Aberdeen and Newcastle and Teeside to Southampton, Belfast and Dublin.