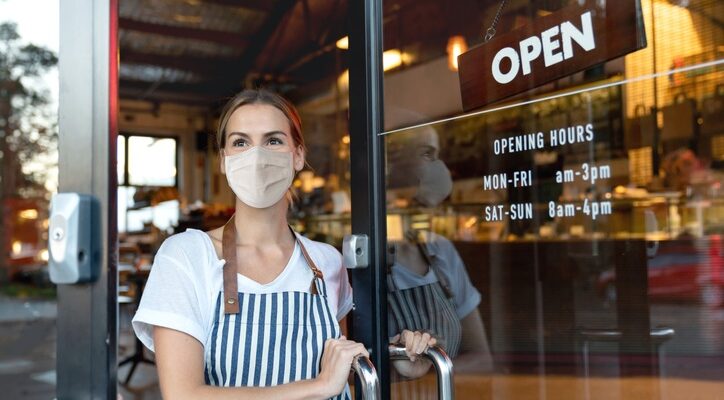 The final lifting of Covid-19 restrictions that was due to take place on June 21st has been postponed four weeks, Prime Minister Boris Johnson announced in a televised briefing on Monday 14th June.

In a televised briefing, the Prime Minister announced the delay in the easing of restrictions would allow time for an acceleration of the vaccination effort. In recent weeks, coronavirus case numbers have begun rising once more with currently around 8,000 cases being reported daily, with a weekly increase in the infection rate of around 64%.

The rise in infections is being driven by the Delta variant, which emerged in India earlier this year, and is up to 80% more transmissible than the Alpha, or Kent variant, previously the dominant strain in the UK. Delta variant cases now accounts for up to 95% of Covid-19 infections in the UK. While hospitalisations have begun also to increase, particularly in the North-west, vaccines are proving effective in preventing serious illness from current variants of the coronavirus.

The Prime Minister confirmed that the Step 4 of the lockdown easing is now to be expected for Monday 19th July, providing the four following tests are met:

Should data rapidly improve in the coming weeks as the vaccine rollout continues, the date of ‘unlocking’ could be brought forward to 5th July. No new restrictions or measures will be put in place.

Some measures planned for the 21st June will continue to go ahead however:

The 30-person limit will be lifted for weddings and wakes but venues should meet Covid-secure guidance and offer table service. Care home residents will no longer need to self-isolate should they leave their residence unless they have faced a higher risk of exposure. Event pilots, including Wimbledon, Euro 2020 matches and some arts and music performances will also still go ahead providing attendees can show proof of vaccination or a negative PCR test result.

No extension of business support schemes

Despite the extension of restrictions, the Prime Minister also confirmed that the Treasury had now plans to extend Covid-19 business support, despite the fact that some businesses would remain closed.

The Chancellor is not expected to continue to extend the furlough scheme, or other support such as a VAT reduction on hospitality to support businesses through the ongoing restrictions. A ban on commercial tenancy evictions, due to be lifted on 30th June once businesses were fully able to reopen, will also no longer be in effect from July.

The hospitality sector has been most vocal in criticising the move, despite assurances from the Prime Minister last week that there was no need for a delay. Greater Manchester’s Night-time Economy Adviser Sacha Lord criticising Boris Johnson’s handling of the announcement in an interview with Rachel Burden on BBC Radio 5 Live’s Breakfast show this morning. He said that the leaking of the decision to the press ahead of the announcement created unnecessary uncertainty for businesses in the sector, and that failing to extend the furlough scheme would cause unnecessary job losses, particularly for young people who make up the majority of workers in the hospitality sector.