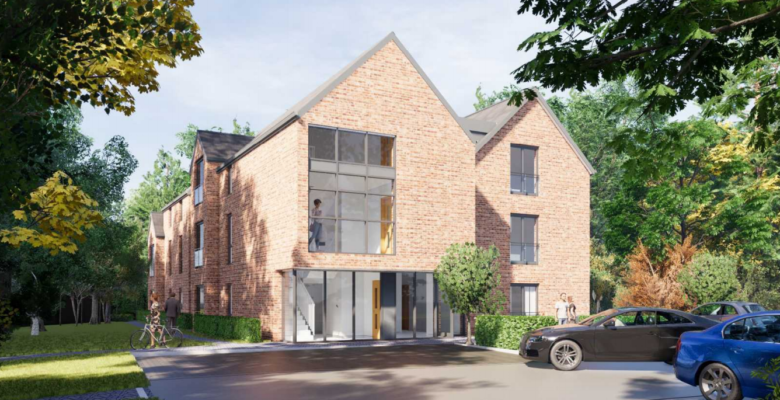 Cheshire East Council is set to approve two apartment schemes in Wilmslow and Macclesfield, totalling 49 apartments, at the Planning Committee’s next meeting on 11th March.

In Wilmslow, planners have recommended approval for the former Hillside Care Home on Adlington Road to be demolished, and for a block of 11 one- and two-bedroom apartments to be constructed in its place (pictured).

While neighbouring residents had raised concerns about the Wilmslow scheme, planners found that being able to repurpose the already-developed site for apartments should take priority, particularly as the plot is well connected to transport and local facilities.

In Macclesfield, plans have also been recommended for approval for the Albion Mill on London Road to be converted into a block of 34 two-bedroom apartments. A four storey extension is also proposed for the mill to house four additional flats.

Albion Mill, which is over 175 years old, has been vacant for 18 years and planners based much of their recommendations on the benefit to the town of bringing the grade II listed building back into use. Previous planning permission had been granted shortly after closure in 2002 to redevelop the Victorian mill however work was never started.

Cheshire East Council’s planning committee will meet on 11th March 2020 to approve both the Wilmslow and Macclesfield apartment schemes.