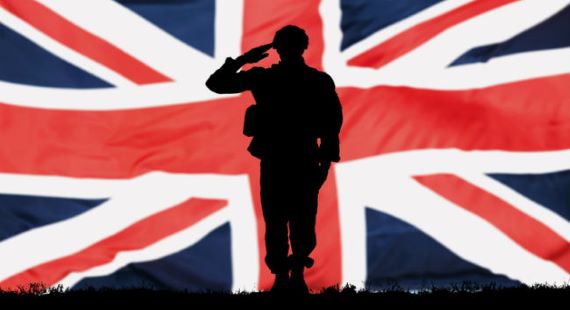 Cheshire East Council has been awarded a Bronze Award as part of the Ministry of Defence’s employer recognition scheme for its work with Armed Forces and ex-service personnel in the borough.

Cheshire East signed up to the Cheshire, Halton and Warrington armed forces community covenant in 2019 and appointed an Armed Forces champion in former soldier and Macclesfield councillor, Ashley Farrall.

The service operates a ‘veterans gateway’, which is a network of organisations across the borough, supporting the Armed Forces community. Many people in the team are forces veterans themselves and are there to help serving and ex-service personnel to access essential services such as housing, family services and job opportunities.

A community covenant working group includes a large number of key organisations, from the police to the NHS, Jobcentre Plus, the local authorities of Cheshire, the Army Benevolent Fund and Combat Stress.

As a former soldier myself and now a cabinet member, I am pleased to have the Armed Forces covenant in my portfolio of responsibilities.

“I am very keen to be part of the process, along with Cllr Farrall, which will see our commitment to the covenant grow over the coming years to show the support we give and recognition we have for our veterans and serving personnel, which is something they thoroughly deserve and need.”

Cllr Ashley Farrall, who served in Iraq and Northern Ireland, spoke recently at the VJ-Day commemoration service at the cenotaph in Macclesfield, about his experience in areas of conflict and the challenges he faced on adjusting to life back home after leaving the army. He said:

I am proud that Cheshire East Council has now achieved its first award as an Armed Forces covenant employer. This confirms the council’s commitment to the armed forces community in a greater way now and in the future.

“We have dedicated officers working with Cllr Warren and myself, to make sure this is not our last award but, hopefully, the first of many as we continue to build on our success.”

As a former Armed Forces champion myself, I am extremely proud of the team for the work they have done here in Cheshire East. We will go from strength to strength, sending a message to our Armed Forces colleagues that we are here to lend support and advice should they need us.”