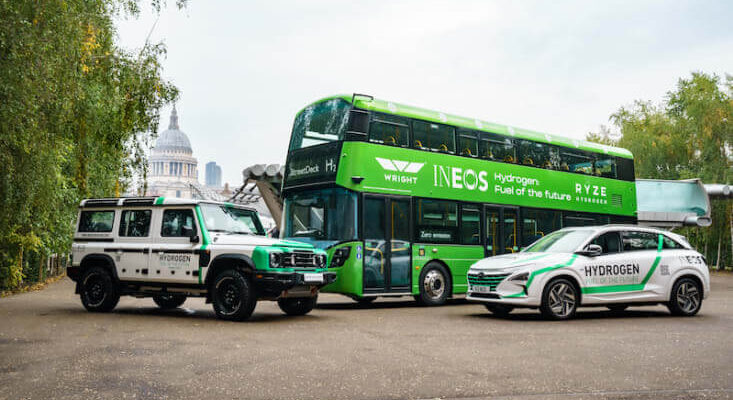 Planned investment into a hydrogen production facility in Runcorn has been announced, accelerating plans towards developing associated infrastructure that will help Cheshire and the wider North-west and North Wales region towards net-zero targets.

Inovyn, a subsidiary of global chemicals group Ineos, has announced plans to ramp up production at its Cheshire facility to support the HyNet low-carbon industrial cluster and associated hydrogen fuel-cell infrastructure.

The investment will see Inovyn deliver on-site facilities for purifying and compression of fuel-cell quality hydrogen that can be distributed to fuelling stations nationwide. The firm is Europe’s largest operator of electrolysis technology, and produces clean hydrogen by separating water molecules to produce hydrogen and oxygen.

The firm’s Runcorn plant, which has produced hydrogen by electrolysis for over 100 years, will have the potential to provide low-carbon fuel to power over 1,000 buses or 2,000 trucks where range, payload and refuelling times make battery electric drive systems unsuitable.

Inovyn’s investment comes as part of a €2 billion investment into green hydrogen by its parent company. Ineos is working closely with governments across Europe to help replace carbon-based sources of energy with green hydrogen.

Our expanding portfolio of clean hydrogen projects strengthens INOVYN’s sustainability strategy and supports the drive to net-zero across the UK and the rest of Europe.  INOVYN is in a unique position to reaffirm its expertise in hydrogen production and electrolysis, and to progress the green energy transition through the use of clean hydrogen.”

The announcement to increase hydrogen production at Runcorn comes at the same time as the UK government has confirmed that HyNet North West’s carbon capture scheme will be eligible for a share of £1 billion of funding to support decarbonisation.