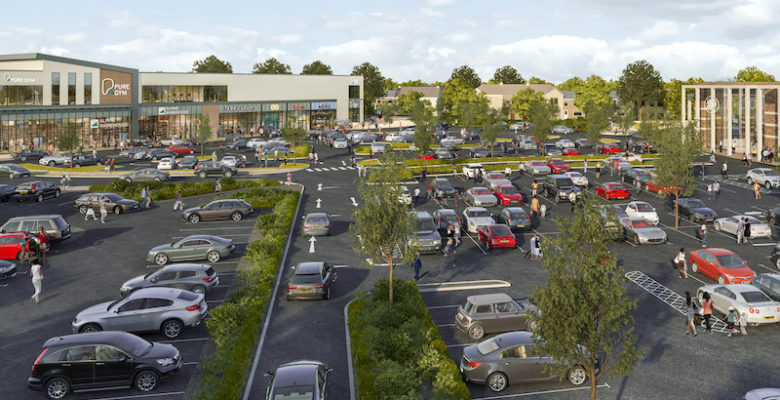 CPG are experts in working with retailers to develop right sized units in the UK’s best locations to achieve success in a challenging UK retail market. Works commenced at Bicester Shopping Park (74,975 sq ft) in January this year on the A41 adjacent to Countryside Property’s Kingsmere residential development and next to Bicester Village. The scheme is majority let to Nike, Marks & Spencer, Next and The Gym and will serve the growing local population and tourists visiting the area. Completion is expected by year-end 2019.

Commenting on the announcement, CPG’s Managing Director, Martin Ridgway, said; “CPG’s policy is to focus on the very best retail locations delivering quality schemes throughout the country. Despite all the negative press surrounding the retail sector there continues to be strong occupational and investor interest in our prime retail assets as successful retailers reposition and consolidate their portfolios to new right sized units in the best locations.”

Martin continued; “We’re pleased that Barclays has supported us with our exciting plans at Bicester, which will complement the existing retail offering in the local area.”

Bicester is a historic market town that has enjoyed particular success as one of the UK’s top tourist attractions, now receiving visits from over six million people each year. Eight in ten Chinese visitors to London make the trip to Bicester as an essential destination during their holiday in the UK, supported by a new rail link from Marylebone station which opened in 2015.

Ian Gilmore, Barclays Relationship Director, who helped put the deal together, said; “We have been impressed with CPG’s management track record and for Barclays to provide them with the funding to support their growth strategy was an obvious fit, which underlines our ongoing commitment to working within this sector. We wish them every success for their new retail development in Bicester.”

CPG has also announced two other developments across the UK, valued in total around £83 million, which will create over 1,000 full and part-time employment opportunities when the schemes are fully open.