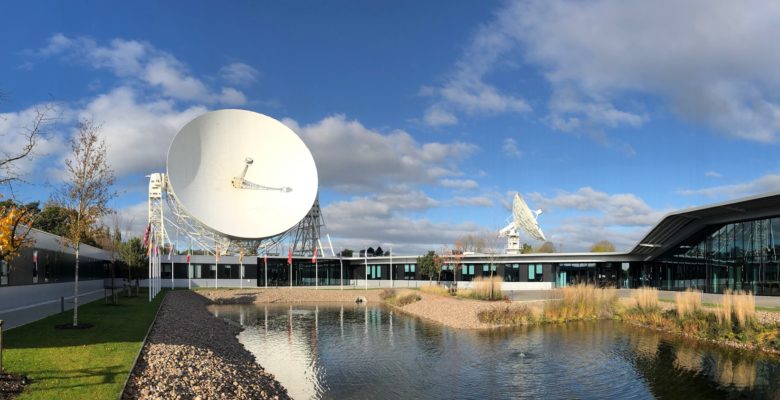 Cheshire East Council’s building control company, Civicance, is sharing in the celebrations following a national building excellence award for the new headquarters for the Square Kilometre Array at Jodrell Bank.

The council owned company oversees compliance with building regulations and worked with builders, Sir Robert McAlpine, and architects, Hassell, on the project.

I am extremely proud to have been involved in working with the architects, Hassell, and builders, Sir Robert McAlpine, in creating this exceptional building, which has such international and scientific significance on the world stage.

“There were a number of challenges for the architects in view of the special nature of the site, near Holmes Chapel, and we are pleased that the judges have recognised the quality of build and design, which will become another landmark feature for the borough.”

The SKA is a multi-national project involving 13 national members committed to building the world’s largest radio telescope in two countries – Australia and South Africa – with the nerve-centre located in Cheshire East, at the site of the famous Lovell Telescope.

The award for best large commercial project was given to the SKA at the Local Authority Building Excellence awards in London.  It beat several other major projects from around the country for technical innovation, sustainability, safety and design. The building excellence award was presented in front of 800 building industry professionals at an event in London.

Cheshire East Council has contributed to delivering the SKA global headquarters, alongside partners, including the University of Manchester and the UK government.

I congratulate the SKA team, builders, architects and Civicance on this remarkable achievement. It is a real feather in our cap to have such a prestigious and important research project with its headquarters here in Cheshire East.”