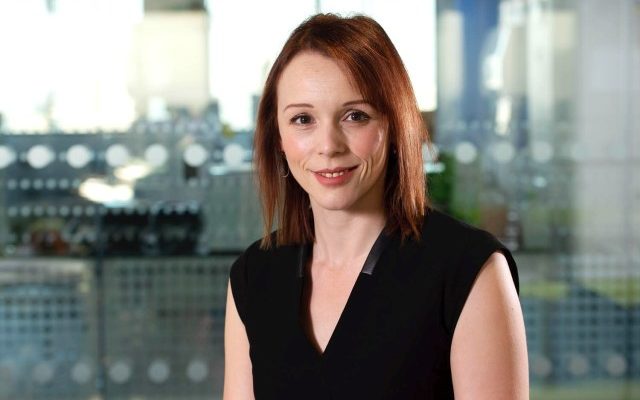 As managing director of Bruntwood SciTech at Alderley Park,  the joint venture between Bruntwood and Legal & General, Dr Kath Mackay takes over from Dr Chris Doherty to lead the senior team at the UK’s largest single-site life science campus.

Innovate UK is part of UK Research & Innovation, the £7bn body tasked with creating the best possible environment for research and innovation to flourish where Kath is currently Director for Ageing Society, Health and Nutrition.

She leads a team focussed on growing and scaling businesses working in the biomedical, health, agriculture and food sectors before assuming her new role in October 2019.

Kath, who has a PhD in Pharmacology from the University of Manchester, has worked at Innovate UK since 2013, joining originally to lead the organisation’s Regenerative Medicine and Advanced Therapies programme. Her background is in commercial business development and operations. Prior to Innovate UK she held roles at private sector life science companies spanning multiple disease areas and technologies across USA and EU markets.

As Managing Director, she will be instrumental in delivering Bruntwood SciTech’s vision for Alderley Park as a global centre of excellence for fast growing life science and tech businesses.

“I’m delighted that Kath will be leading our team at Alderley Park. Over the past decade she has established a reputation as a talented and inspiring leader in a critical area of innovation and discovery. Every day our community of businesses, research charities and institutions strives towards scientific breakthroughs. Kath has a formidable level of insight into the challenges they face and the value of what they can achieve.”

“I’m thrilled to be joining the team at Alderley Park. The new generation of companies and research organisations based at the Park are actively engaged in high value science and tech discovery and collectively build on Alderley Park’s internationally-recognised reputation. I’m looking forward to being part of the Greater Manchester and Cheshire life science ecosystem working closely with partners at Health Innovation Manchester and Manchester Science Partnerships to support businesses to start, grow and scale as Alderley Park enters its next phase of transformation.”