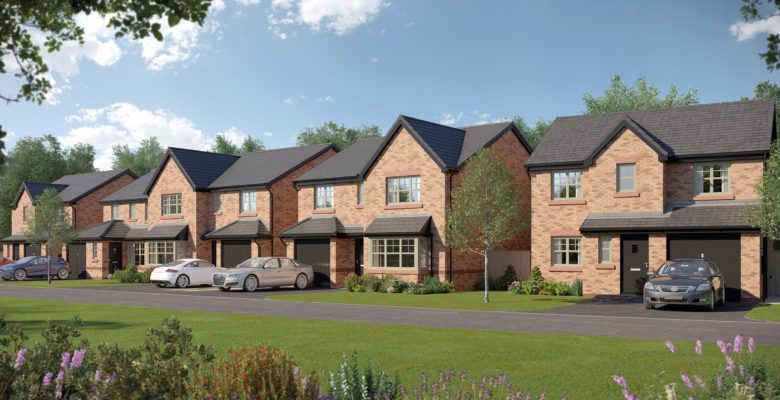 Bellway Macclesfield – Bellway has commenced work at King’s Quarter, its stunning new residential development on Westminster Road in Macclesfield.  The remediation works are well underway and the housebuilder has just started the foundations for the first properties.

The 10 acre site, which is part of King’s Macclesfield former campus, will be totally transformed by Bellway, providing a 131 high quality new build homes.

A superb selection of two bedroom apartments, three, four and five bedroom family homes will be built, incorporating a mix of semi-detached and detached properties, with the development also featuring extensive open space adding to its exclusivity.

Steeped in history, and with a desirable location in Macclesfield, Bellway anticipates huge demand for the properties, with the first few now released for sale.

“We are delighted to unveil our plans for King’s Quarter.  The development is situated in a sought-after area, close to Macclesfield town centre, which makes it hugely appealing to potential purchasers.  This, combined with the collection of properties planned, makes it a hugely desirable development.”

In addition to the new development, Bellway will make a significant contribution of £180,000 towards education in the locality.

Prices at King’s Quarter start from £299,995.  The properties are currently being sold from Bellway’s Waterways 1831 development located on Gunco Lane in Macclesfield.