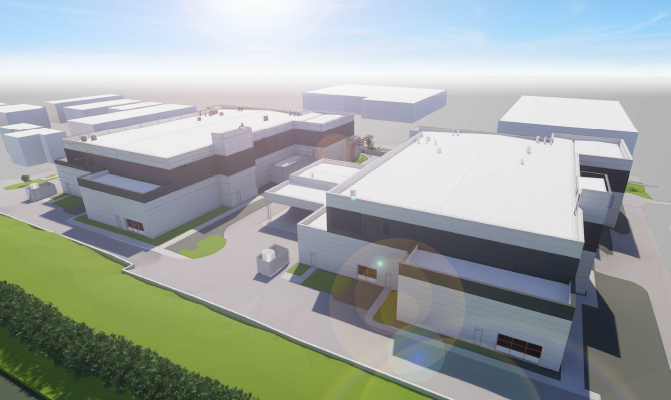 The proposed facility would create 72 further jobs at AstraZeneca, which already employs 1800 people in Macclesfield and is recognised in Cheshire East Council’s Local Plan as a strategic employment site and is the company’s second-largest manufacturing site worldwide.

The new building will occupy a disused plot of land on Hurdsfield Industrial Estate adjacent to the Macclesfield Canal, although obscured from view from the towpath by trees.

The location of the proposed two-storey building was previously used for waste disposal, and the planning officers at Cheshire East Council had raised concerns that contaminants could be released during construction work.

Planning approval for the scheme has only been granted as AstraZeneca have committed to testing the ground for contamination and undertaking remediation work if necessary. The pharmaceutical company have requested a five-year period for planning permission to stand in order to allow flexibility should work be delayed by any land contamination. Once operational, the facility will neither produce nor use hazardous substance that may negatively impact local ecology.

Prestbury-based Frost Planning have prepared the application for Astra Zeneca. The architect on the project is Baker Hicks.