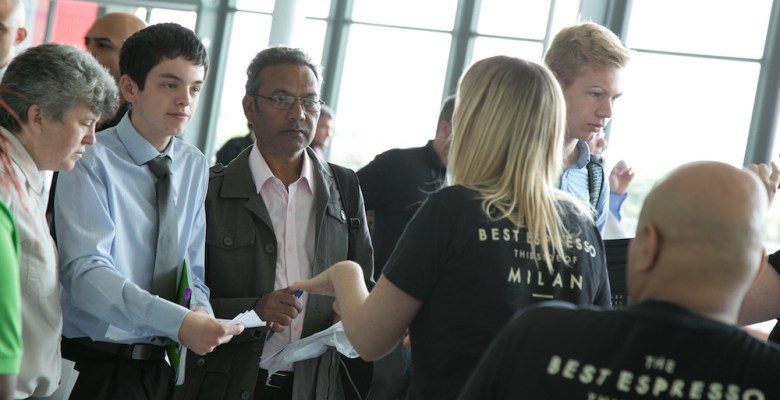 The annual Manchester Airport Jobs Fair will showcase over 1000 jobs which are available to jobseekers at the hub.

In addition to positions with Manchester Airport Group, approximately 25 organisations are expected to be in attendance to recruit for positions through the jobs fair, including Jet2, Swissport and the Clayton Hotel. The event takes place at the Emirates Old Trafford cricket stadium on Thursday 12th March, from 10am to 3pm.

Manchester Airport is one of the largest employment centres in the North West. It currently employs around 3000 Cheshire residents as part of the 25,000 employed directly on site, and supports an estimated 45,000 roles across the North West.

The jobs fair will highlight the wide range of roles available at the airport, including cabin crew, security, baggage handling, customer service and engineering. There will also be opportunities for prospective apprentices and recent graduates to discuss training programmes available either through the airport’s in-house academy, and its graduate scheme.

Our previous jobs fairs have proven to be a very effective way of highlighting the opportunities available at the airport and finding talented people to fill those vacancies, so we’re pleased to be holding this event for a fifth consecutive year.

“The number and variety of positions advertised at this year’s event clearly demonstrates that the airport’s growth is providing a catalyst for job creation, and we are determined that our neighbouring communities will see the full benefit of that.”

This summer will see the latest phase of its £1bn transformation programme become a reality when a major extension to Terminal Two opens, increasing the size of the terminal by 150% and creating 32 new shops, bars and restaurants.

Those planning to attend the event at Manchester Airport are asked to visit the jobs fair’s website and choose a one hour timeslot in advance.