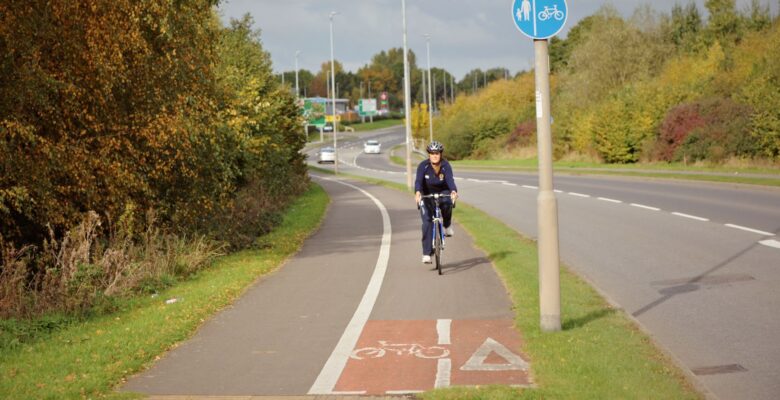 In addition to walking and cycling routes planned for Handforth and Wilmslow, Stockport Council is set to move forward with £35 million of improvements along the A34 corridor.

The planned improvements include changes to junctions and the construction of new walking and cycling routes along the A34. The schemes are expected to deliver a number of benefits to the local economy, including through journey time savings for commuters; the route is one of the main thoroughfares between Cheshire East and Greater Manchester. Improvements will also help mitigate increases in congestion that may arise as a result of the new homes planned at Handforth Garden Village. Some of the funding towards the schemes is expected to come from the garden village developments, as well as the Department for Transport.

Schemes proposed include improvements to junctions particularly near key employment sites including Cheadle Royal, and the A555 junction that provides access to the airport. Also on being proposed are a number of dedicated walking and cycling routes linking with the A34 and will complement improvements being brought forward by Cheshire East Council, including routes linking the road with Wilmslow and Handforth town centres via a new park and ride.

The Council’s Economy and Regeneration Scrutiny Committee is set to discuss outline proposals for twelve projects in total in their next meeting on January 28th. A full business case for the project will then be prepared to put to the Department for Transport for funding in March.