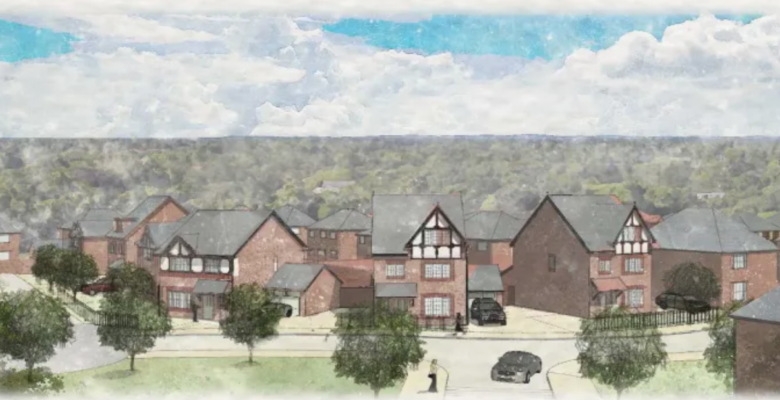 Cheshire East Council is set to approve a development on 224 new homes in Handforth, providing housing for the town and commuters to Wilmslow and South Manchester.

The Meriton Road development from Anwyl Homes will be on former greenbelt land that Cheshire East Council controversially earmarked for housing in 2018. Planning officers have recommended approval for the site now that Anwyl homes have increased the number of homes on site, including additional affordable housing.

The new homes will occupy a site between Clay Lane and Sagar Road, on the edge of Handforth.

Previous plans for the new homes were amended at the request of planning officers.  The site had been originally proposed by Cheshire East Council to accommodate 250 homes, and planning officers had felt Anwyl Homes’ original development did not go far enough to provide affordable housing for single people, first time buyers and the elderly.

Over 30% of the new homes are set to be affordable housing, either to buy or to rent.

Plans for the new homes on the outskirts of Stockport were prepared for Anwyl Homes by Chester-based Astle Planning and Design.