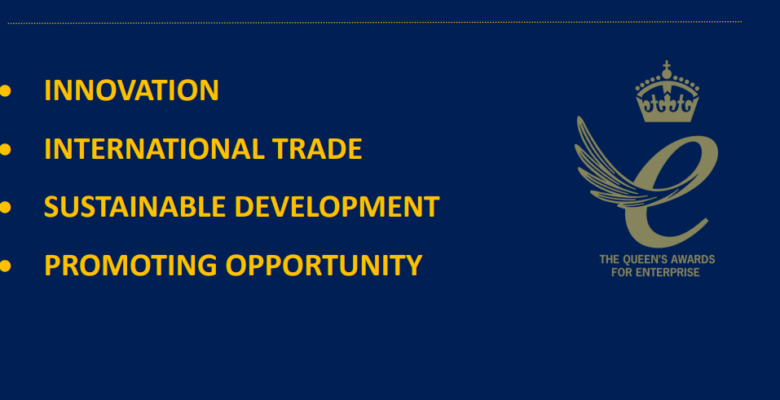 20 businesses in the North-west have won in the Queen’s Awards for Enterprise, including one in Alderley Edge, with 232 firms recognised nationwide.

The prestigious award celebrates the achievements of UK businesses across four categories: International Trade, Innovation, Sustainable Development and Promoting Opportunity. The North-west was one of the five out of 12 UK regions and nations to be represented by businesses in all four categories, with Alderley Park-based ApconiX recognised in the International Trade category.

“This country is renowned for its entrepreneurial achievements and there is no greater showcase for it than The Queen’s Awards. It’s vital we celebrate the success of our businesses and recognise the contributions they make to communities across the country.

“I congratulate this year’s winners for their hard work and commitment over the last year and I wish them every success for the future.”

Alderley Park-based ApconiX was one of three Cheshire based-businesses to be recognised in this year’s Queen’s Awards for Enterprise, earning recognition for its international success.

Established in 2015, ApconiX is a consultancy group, advising the pharmaceutical and biotech sectors on drug safety. Overseas sales at the business represent 73% of total sales, and have more than doubled in the last three years. Its principal markets are the US, Germany, France, Belgium and Switzerland but it has more recently engaged new clients in less traditional centres for pharmaceuticals, such as Turkey, Poland, Singapore and Australia.

Winners’ awards are valid for five years. Winners are permitted to fly The Queen’s Awards flag at their main office and use the emblem on their marketing materials. Winners are also given a Grant of Appointment (an official certificate) and a commemorative crystal trophy. Her Majesty’s Lord Lieutenants will be presenting the Awards to businesses locally throughout the year.

Applications for the 2023 Queen’s Awards for Enterprise will open on 1 May 2022.