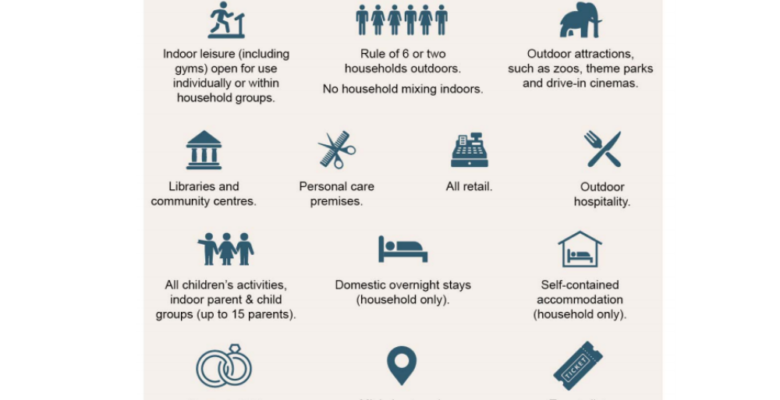 The planned easing of lockdown on 12th April will go ahead as planned, Prime Minister Boris Johnson has confirmed, in line with the roadmap set out in February.

The Prime Minister confirmed that the four assessments originally set out in February to determine the risk of permitting further mixing were continuing to be met.

From Monday 12th April additional premises will be able to reopen – with the rules on social contact applying. Indoor settings must only be visited alone or with household groups, with outdoor settings limited to either six people or two households. Sectors of the economy that will reopen include:

The Prime Minister also confirmed that plans were also being worked on that could see additional easing of restrictions ahead of schedule through a Covid-status certification programme. Commonly referred to as ‘vaccine passports,’ such certification would allow access to higher-risk settings to those who have been vaccinated against Covid-19 or can provide evidence of a recent negative test.